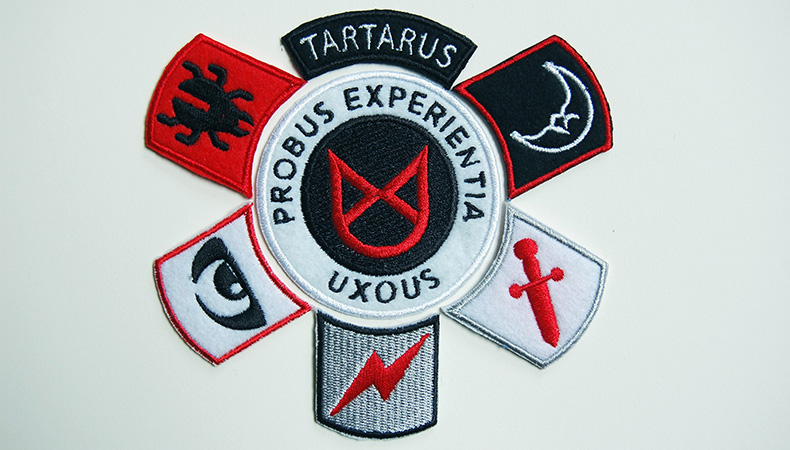 The challenge of motivating and recognizing achievement for smart people is one that faces every engineering manager. I have worked in both large corporations and small startups and I have seen a lot of not too great practices in this regard. The favorite of corporate HR is the ‘night out award’ which I dislike because it is both too expensive (you cannot give out enough of the awards to motivate a team) and not expensive enough (when you are making $100K a year, your boss giving you a once a year recognition of $200 doesn’t really make a difference). Over time I have worked out a system that recognizes and rewards the above and beyond behaviors that make a team great. It uses two important ingredients: the currency of peer recognition and the artificial scarcity of a unique object. 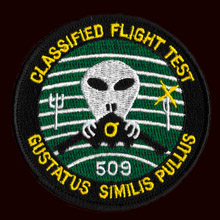 The core of my system is a team patch designed to look like the mysterious patches of the skunk works projects of Area 51 – the secret teams that created breakthrough products like the SR71 Blackbird. For a light-hearted introduction into that world, see Trevor Paglen‘s book “I Could Tell You But Then You Would Have to Be Destroyed By Me: Emblems from the Pentagon’s Black World”.

The ‘secret’ patch gives the team a special identity. If you have one, you’re on the inside, if you dont, then you’re not. Its a lot cooler than some corporate golf shirt. This doesn’t create a team identity – as a leader you need to work on that every day, but it can be a starting point and a physical, visual reminder.

The second element of my system is a set of merit patches (see picture above); one for excellent coding, one for working the extra hours, one for finding or fixing a tough bug, one for doing something very quickly and a general patch for people who go out of their way to put the team first before themselves. I designed the patches in a system so that they can be arranged together. The patches can be arranged and accumulated and they are easy to iron onto a hoodie or jacket.

And the third element, the magic of the system, the reason it works, is how you get the patches. Each week or so, I look to see who earned a patch with their behavior. I look for someone who is making it happen and setting the pace for the others. The one who is going beyond. And I give this person the patch, at the standup, in front of everyone else. The currency of the patch is the recognition of the peers and from the team leadership. The patches stay a scarce commodity because I dont give them out unless they are truly earned. And the patch isn’t cheapened by a token monetary prize like the night out awards. The patch has zero dollar value, its value is pure reputation.

And they work, they help keep morale high and build a team spirit. They recognize the stars of the team and those who are making the commitment to make it happen.