is a Belgian Enterprise Counter & Social Insurance Fund. Xerius helps, informs and advises starting and established entrepreneurs with their start-up formalities, social security payments and supplementary insurances.  As many services companies, Xerius also provides softwares that are developed in house. Tom Lefevere works there as UX designer. His responsibility is to ensure the quality of the user experience for each software that Xerius provides. 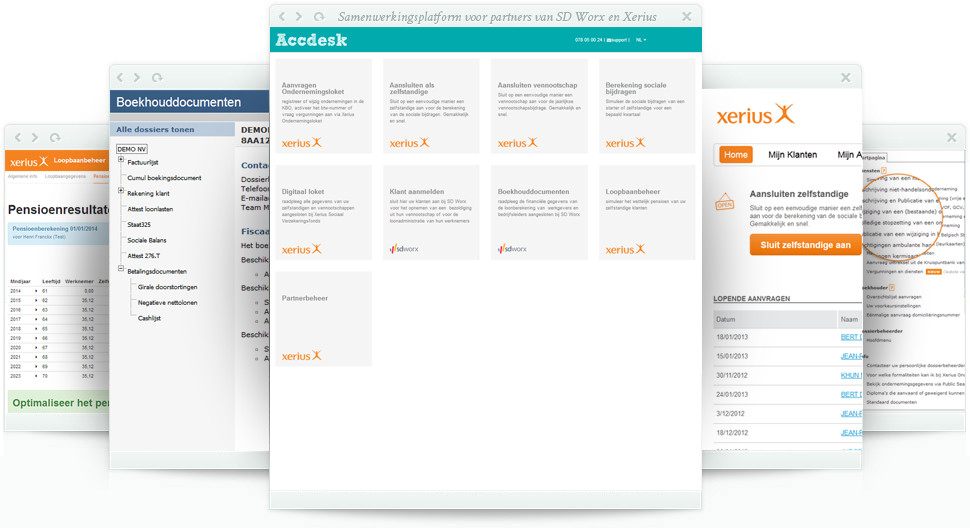 Tom is currently working on a new platform that will reunite all accountancy apps (Accdesk) that Xerius provides as separated products into a single unified app.
As a UX designer, Tom believes in the value brought by users’ feedback, and decided to test concepts and designs for the new platform starting at a very early stage.
The first year has been devoted to a research stage where accountants were involved at each phase. High level concepts were shown as paper prototypes and were validated based on accountants’ feedback. The same process was repeated with paper wireframes. With that knowledge a first prototype was developed with clickable screens.
In september 2016, developers started to code the first version of the platform. To ensure the quality of the user experience, Tom decided to bring the users a step closer into the process. 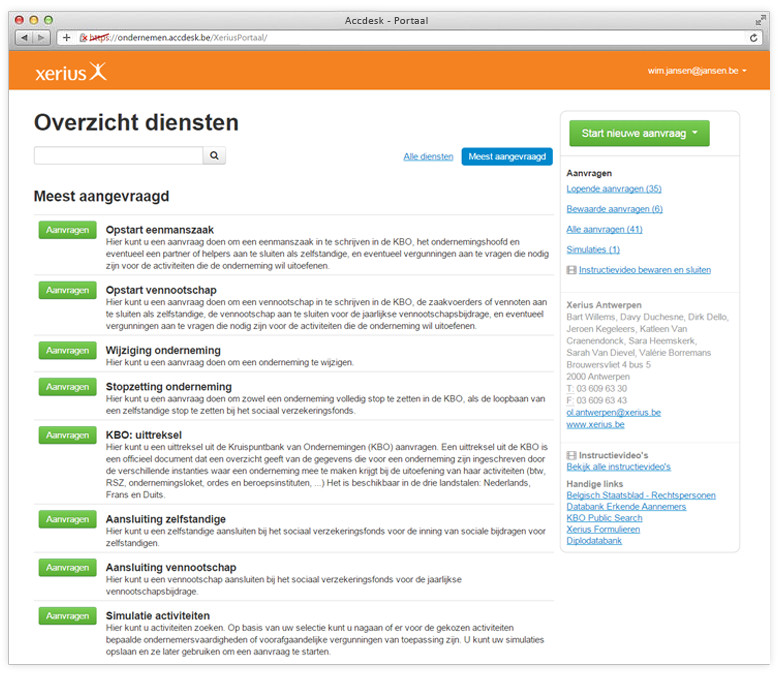 The new platform is about transforming a tool (Accdesk) that accountants know well and use daily. That particularity makes it especially interesting from a UX perspective for at least one reason: it means that there are already active users for that product and that they can contribute.
Working in a small team with a limited budget, Tom has also enough freedom to choose how he wants to do his job. Tom got the approval to involve accountants (the current users) in testing the new platform, but the process had to be a light and easy, so that Tom could take care of it by himself.
As in many companies, user testing is seen as a costly, time-consuming method that doesn’t provide clear and measurable insights. Tom had to prove that his choice of method was right and to bring the added value to the table to ensure the quality of UX for the Accdesk new platform.

As in many companies, user testing is seen as a costly, time-consuming method that doesn’t provide clear and measurable insights. Tom had to prove that his choice of method was right and to bring the added value to the table 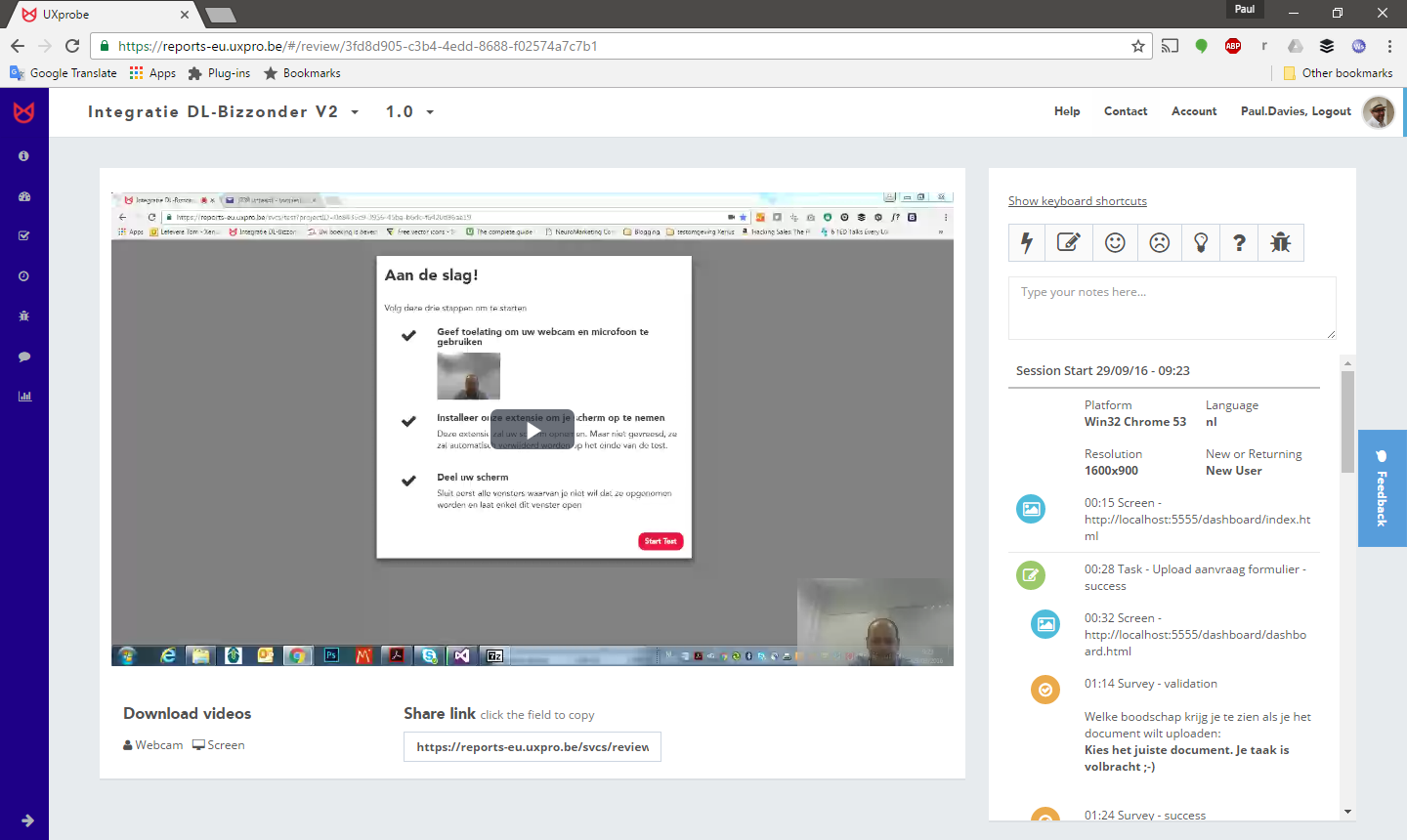 Tom decided to use UXprobe to perform user testing. It would allow him to continue testing – as he did from the very beginning, but in a more documented and structured way (videos of users & their screens, data collected as tests are performed). This way the qualitative data of the user tests could be base-lined and measured in a quantitative way.

With UXprobe, user testing is easy to set up. Tom could create test projects by himself without asking the help of any IT.

This way the qualitative data of the user tests could be base-lined and measured in a quantitative way. 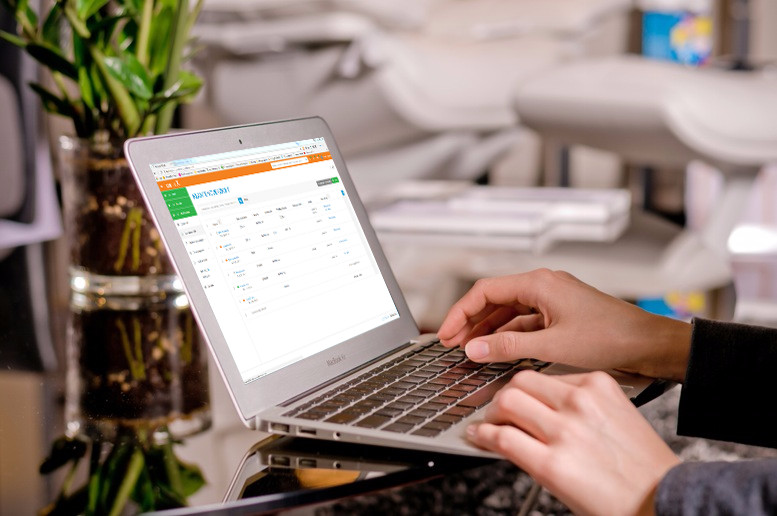 Tom has already contributed to different improvements on the design of the platform based on the insights he has collected during user testing. “The satisfaction is great when you realize that you could identify real pain points and solve them, just by watching and listening to your users.”
He is still working on the best way to have user testing integrated into the workflow of the whole product team.